A Guy said:
Awww he had diabetes sounds like. I spent weeks and weeks of visits trying to get the insulin level correct for my cat. he eventually got like Sooty and I had to have him put down. I never got another cat since. So many good memories, but that last period I couldn't bring myself to repeat. I feel for you Joan, my condolences

The extra weeing and drinking were a sign of kidney failure as well Bill. There was no way I could afford to pay for weeks of treatment and blood tests, I know when we had a blood test done on Smudge it was over £100. There was also the problem of me being able to give it to him on my own.

The vet said though that medicine would not do him any good and I was doing the best thing for him. Sorry to hear about your cat Bill how old was he?

Angie said:
Aww, bless you, I'm sorry to hear that; I know how much you adore your pets—big hugs.

I must admit I didn't know that cats had that long of a lifespan. It will take a while to adjust to Sooty not being there but I'm so glad you still have Willow for company.
Click to expand...

They can live longer than that Angie, the person who came to stay in next doors bungalow for a short time had one who was 23. The vet said that they don't tend to live to that age as they succumb to traffic mainly. Willow is 10½ so has a few more years ahead of her but I've decided I'm not having another one when she goes, it hurts too much when they go.

Boots was around 10, not positive as he was a rescue. The excessive drinking and peeing is what clued the Vet in to diabetes. He was great, and I always heard him meowing on the other side as I opened the front door when I got home

Sooty was always a quiet cat and you never used to hear him at all, that is until the last few years when he became very vocal and loud.

We got him from a rescue centre, we got 2 at the same time both black. As soon as we got them we got them to the vets to be checked out, inoculated, microchipped, and find out about them being castrated.

The vet put Sooty as 20 weeks old and Lynx as 17 weeks old. Lynx was a much smaller cat and just had a stump for a tail and little tufts of hair at the top of his ears which is why we gave him his name. They both got to 6 years old and this particular Monday they were both playing outside, Sooty was chasing Lynx all around and over the oil tank at lunchtime and that was the last we saw of Lynx.

Everyone was on the lookout for him as the village knew him, they loved his antics going on the roof of the bungalow, he'd settle down on the ridge watching the world go by.

Staff member
Finally, it's a beautiful day today! Glorious sunshine, birds chirping and no rain. Han's invited me out for a walk, so I may go for a bit of a walkabout later if the mood takes me.

Make the most of it while you can, wish I could go for one, when I think of the way I walked everywhere.

There's no need to rub it in.

It didn't get above 10°C today even though we had a good bit of sunshine during the day, apparently, the forecast says it's going down to freezing overnight.

Brrr, one reason I can't see leaving California even though it's so expensive

Staff member
We were on 2°C this morning on the school run and it was a little frosty, @A Guy you bask in that glorious sunshine you!

We've also had frost over the last few days Angie, all the roofs around white over in a morning, brrrrrrrrrrr

I've just looked out of the window and some of the roofs still haven't thawed even though we've had quite a bit of sunshine again.

Staff member
This morning, I was on an exceptionally cold school run -1°C! It has warmed up a lot since then, but I think this morning was the coldest. Although it plays havoc with my hair, I like the crisp weather, plus I'll take it over the rain any day! 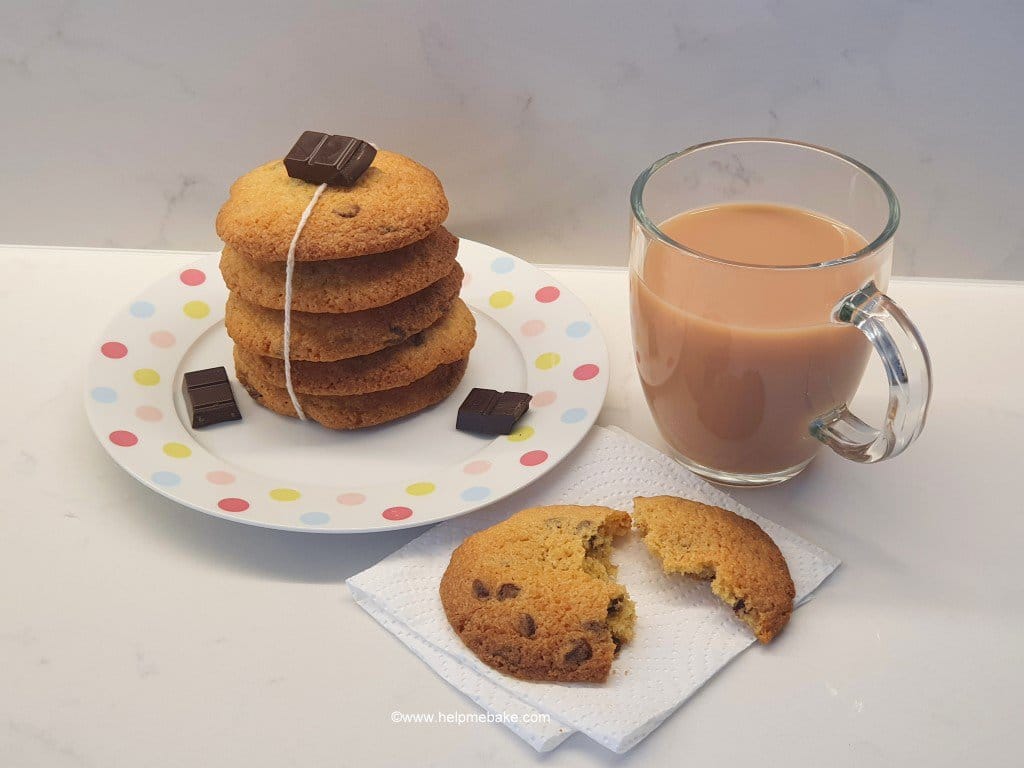 If you have friends coming over and you'd like to give them a little sweet treat, then why not give them some of these chocolate chip cookies! Filled with dark choc chips, a hint of vanilla, warm caramel undertones and a slightly crisp yet doughy like texture, what's not to love about them...

Yesterday the council announced they were going to grit, I don't think it was as cold this morning as the roofs around were wet but not white over.

Those cookies do look easy to make and the finished results looked yummy.

Staff member
Thank you, Han's been going through the tasting process of both sizes. She says she prefers the thinner hand-rolled ones.

I need to get back into a routine of making stuff because I have a batch load of notes of things I want to make.

I need to get back into a routine of making stuff because I have a batch load of notes of things I want to make.

Definitely, even though I can't make them or taste them I love to see what you make.

Thanks, guys; you do make me chuckle! Han keeps giving me a list of things she wants me to make. Instead of writing notes on what I want to make, I just need to get on and do it!

Aww, I used to watch this with Han when she was younger!